Story by Philippe Renaud | December 11, 2019 – It’s one of the most surprising albums of 2019 in Québec, and arguably Diane Tell’s best album ever. Released in October, Haïku was recorded in France and Québec under the shared artistic direction of Tell and Fred Fortin, who also wrote three new songs for her. Here’s the story of this surprising partnership.

Fred Fortin admits it readily: never in his life would he have imagined producing a Diane Tell album. “It’s crazy when you think about it!” he says. “When the album was done, I went and listened to some of her old albums that I found on vinyl. That’s when it hit me: What the… Everything really is possible in our business!”

“It’s true that, on paper, a Fred Fortin-Diane Tell collaboration seems quite unlikely,” Tell also admits, over the phone from her home in the Alps. “The people I told about it all said, ‘That’s quite weird!’ A lot of people wondered why he came to me. But when you take a step back, we have a lot more in common than meets the eye. No matter what the musical style, or our career paths, we’re both songwriters who love to work in a group, and mix things up.”

“You just need to do it for the right reasons, and to have fun,” Fortin agrees, on the phone from a tour stop, promoting his album Microdose. “The thing is, Diane was, artistically, an unlikely match. I was afraid to dive in. My friends spurred me on, they kept saying, ‘You have to do it, Fred!’ They really pumped me up.”

The seed of this collaboration between two of Québec’s foremost songwriters was planted two years ago by Louis-Jean Cormier, during the taping of his TV show Microphone. They spent a day talking “and having a lot of fun,” says Fortin. Shortly afterward, Tell reached out and asked him to produce her next album. “It took a while because I had no time to devote to her project,” he says. “But she insisted. I told her, ‘Look, I’ll check with the boys if we can’t find five or six days to spend together and tinker with your songs.’”

“You try stuff, and bang! you stumble onto something new. It’s very inspiring.” – Diane Tell

So what’s it like when Fortin and Tell spend six days together? An amazing album, where the former expands his musical horizons, and the latter re-invents herself. “Push the envelope, as Americans say,” Tell laughs. “Going ever further with the music, the lyrics, the orchestrations, in an increasingly engaging way. I’m also a producer, so it’s my job to find out how to achieve that, and that’s what takes me where I’ve never been before” – thanks to Fred and his crew, Olivier Langevin and Joe Grass on guitars, François Lafontaine on keys, and Samuel Joly on drums.

According to Tell, “a lot of artists of my generation will try to re-do what made them successful in their prime. In this case, we worked in total freedom, we wanted to try new things. When you want to do something new, you need to change some of the ingredients. You try stuff, and bang! You stumble onto something new. It’s very inspiring, and that’s why I reached out to Fred.”

What’s special about this collaboration is that’s it’s not directly related to actual songwriting; Fortin wrote three songs for Tell, while she had the bulk of the album written in collaboration with poet Alain Dessureault, singer-songwriter Serge “Farley” Fortin, and writer Slobodan Despot. The collaboration is mainly on the “artistic direction” level – the sound, the intent, the orchestrations, all of which are, effectively, forms of creating songs. 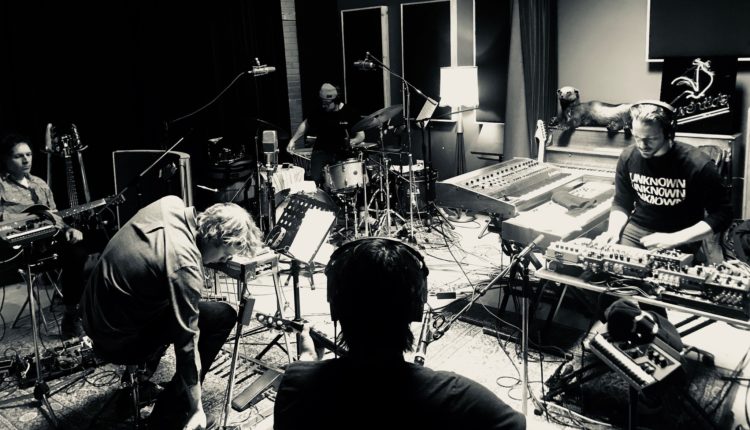 Thus, the mandate was strictly producing the album, “but I had it in my mind to try and write songs for Diane, based on the very vague memories of what a Diane Tell song is, since I was pretty young when I was introduced to her work, Fortin explains. “I only had vague memories of her old material and her bossa nova rhythms,” which was the inspiration for his song “Vie,”  which opens the album.

It’s quite a fabulous song, if only because one could never guess that it’s a Fred Fortin song. “I had a lot of fun creating a song like that, and it even re-oriented my own work a little,” he says, in reference to his songs “Microdose” and “Électricité” on his latest album – where one can hear Latin and Brazilian rhythmic influences. Elsewhere, it’s Tell herself who pushes the envelope, notably on the unusually longish “Spoiler”: “Diane brought this demo with an electronic beat,” says Fortin. “It was quite a crazy song. We went along for the ride, and she never stepped on the brake pedal!” 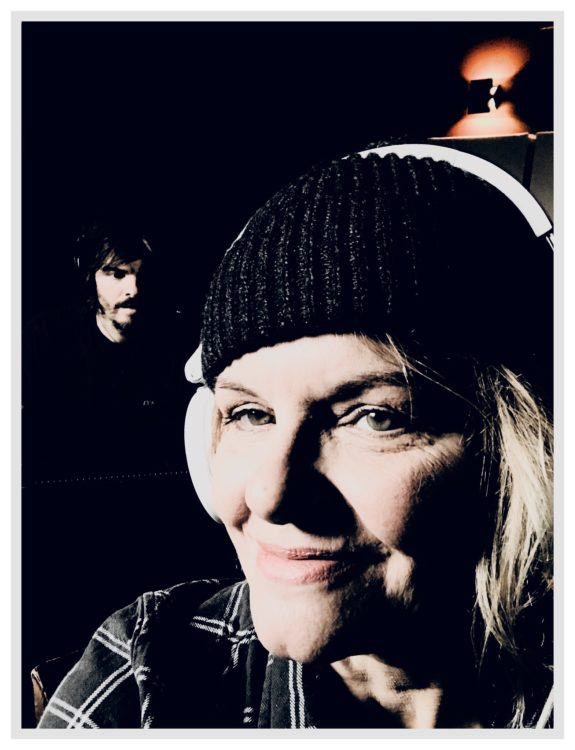 As for Fortin’s two other songs, “Chat” and “Catastrophe,” they’re more evidently his, lyrically as much as melodically. “As you may know, he also recorded ‘Chat’ for his own album, but with a different title,” says Tell. “I find that fascinating because our albums came out shortly apart, mine first and then his. It’s quite extraordinary to hear the difference between our versions. They’re beyond recognition, and they’re a perfect example of the fact that even though the composition is the same, the artist who sings it really puts their spin on it.”

Very candidly, Fred admits he still doesn’t quite understand why Diane asked him to produce her album. “I hope it’s because she likes what I do,” he says. “I have quite a raw and direct approach to this kind of work. Plus I came with my entourage: I work with good people, and that’s stimulating. Finding unadulterated joy in music and doing it uncompromisingly; I don’t think Diane has made a lot of compromises in her career.”